- a novel by Priest 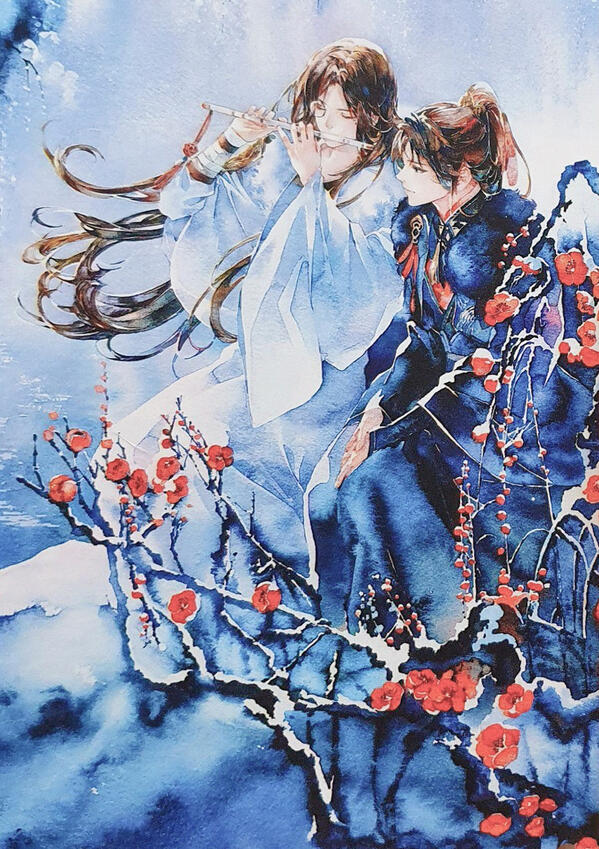 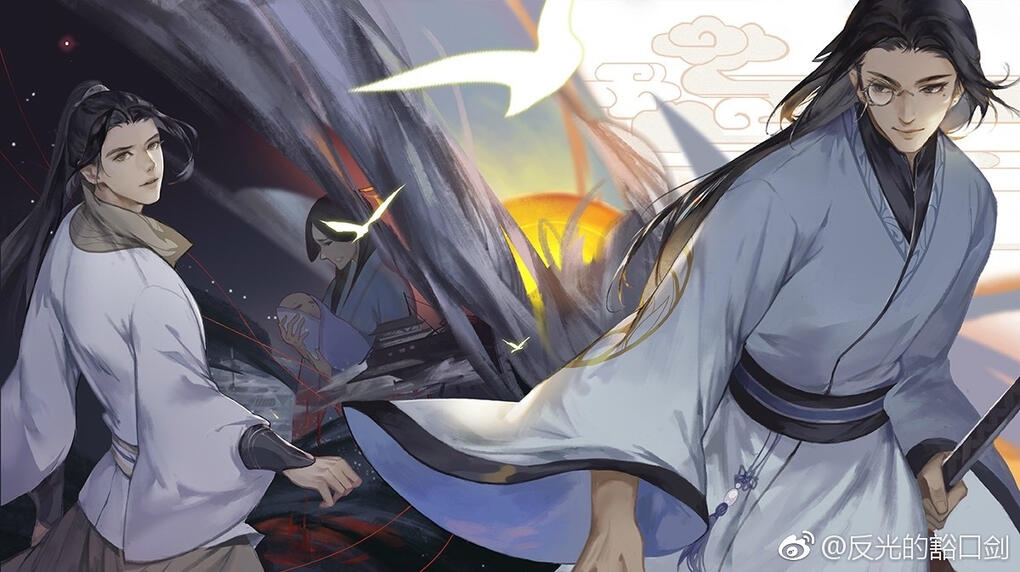 Summary 1:"The first person to dig ziliujin fuel out of the ground could never have predicted that what they dug out was the beginning of a dog-eat-dog age.Our entire life was but an ugly confidence game of greed; this is something everyone knows, but that they could not bring to light.From where did this con begin? Maybe from atop the first clean white canvas sails of a foreign ship that sailed across the ocean, or from beneath the great wing of a Giant Kite as it rose unsteadily into the skies — or from a time even before that: as the spreading ziliujin, like an ink stain upon the earth, turned the great plains of the wild north into a sea of flames.Or maybe it was when We… when I met Gu Yun in a world all covered in ice and snow."

Summary 2:In the age of the Great Liang Dynasty, the lives of the people were made convenient with steam-powered machines that run on a fuel named Ziliujin.Chang Geng, who lived in a small countryside village, shared a distant relationship with his mother while his stepfather was away most of the year round, and the only people he was close to were two little kids, the village teacher, and his Yifu– adoptive father. But his life was flipped upside down one day following the barbaric Man tribes’ invasion, and it turned out that his entire identity had been an illusion – not only was Chang Geng himself not the country boy he thought he was, but also his mother, his teacher, and even his beloved Yifu…

Synopsis: A steampunk story set in Great Liang, which spans 15 years, and stretches across all four corners of the nation- from the silk route in the west, to the great mountains and rivers, to seas in the south.Sha Po Lang is the story of a nation on the brink of ruin and collapse, with enemies within it and attacks from outside. It is also a story of how a diverse cast of characters (powerful disabled or gnc characters who are a delight to read about!) refuse to give up against all adversity and trouble until they win through, bring back peace and stability and usher in a golden age instead.It is a story of fighting the fate that others force on you, and building your own life. It is also a story that showcases great resilience, loyalty, and devotion to your cause and your loved ones. It feels comforting and hopeful since almost everyone does get a happier ending than they’d ever have dared to dream they could.ChangGu Dynamics: If you like unconditional love, absolute trust, great communication, then you will love them! Theirs is a story about relearning someone you once knew inside out and falling in love with them all over again in the processChangGu also have a ”willing to die for each other, and determined to live for each other” dynamic. Even the strongest of people aren’t unbreakable and ChangGu aren’t any exception, they just are always there to help the other person pick up the pieces and keep going. A safe haven of sorts.Reasons to Read: a thread where people who loved the story talk about what they loved about it. spoilers abound probably.“I want to see them anyway” 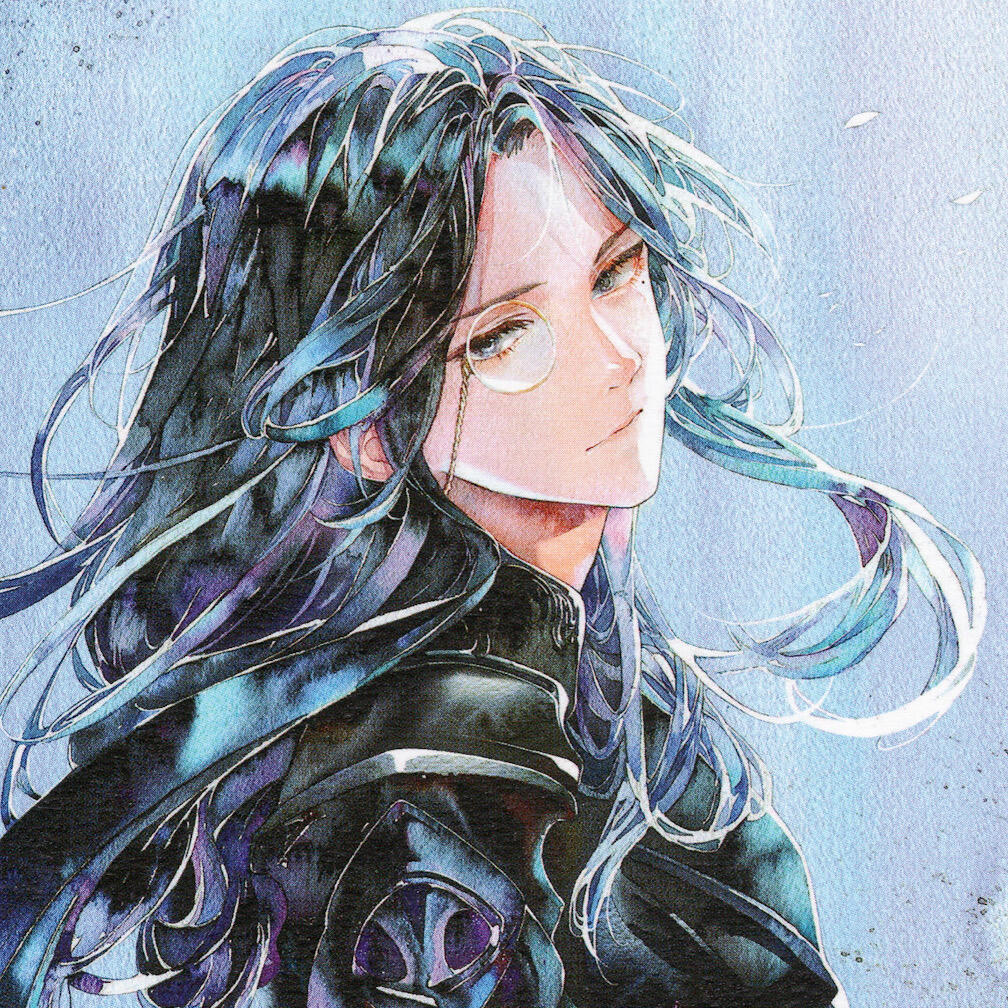 “If you want the stars, I will not give you the moon. Even if it is rainy or cloudy, I will still put up a ladder to the sky to pick them for you." 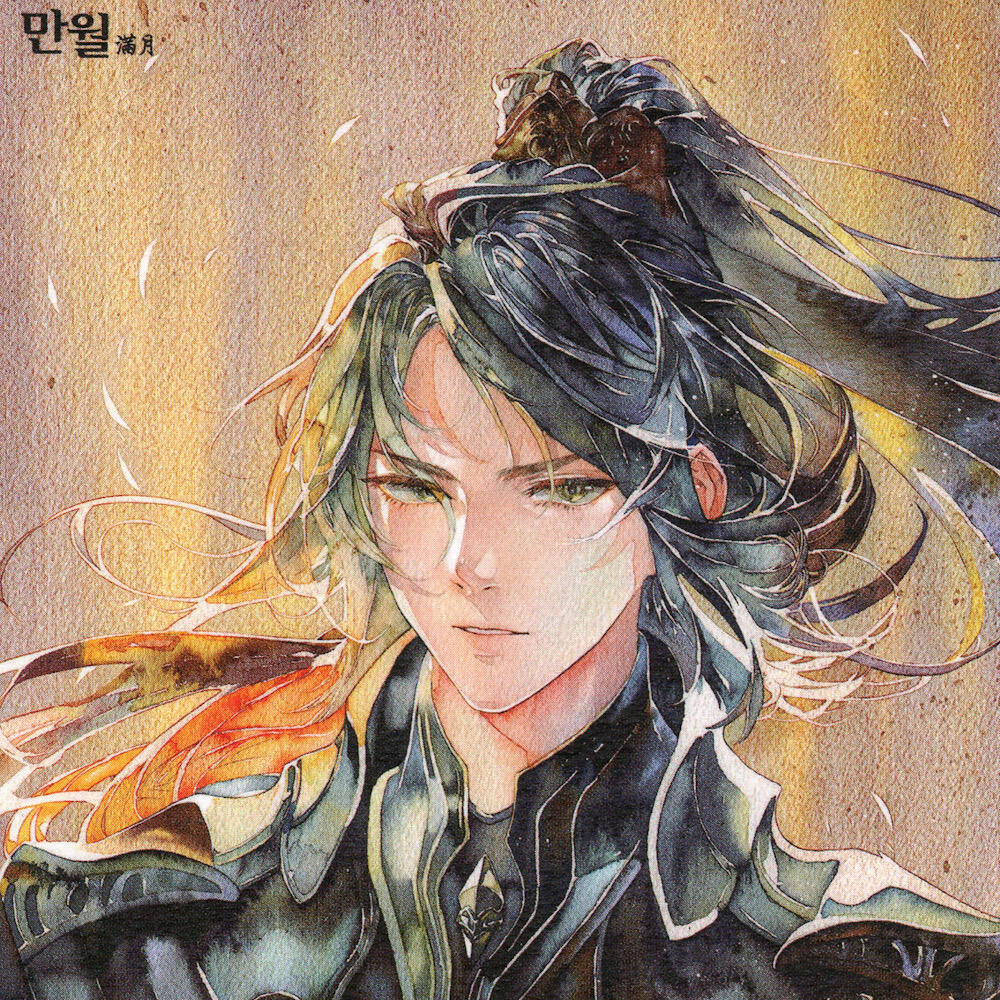 "Zi Xi, as long as you say a word, even amidst a sea of flames or a mountain of swords, I will still charge ahead." 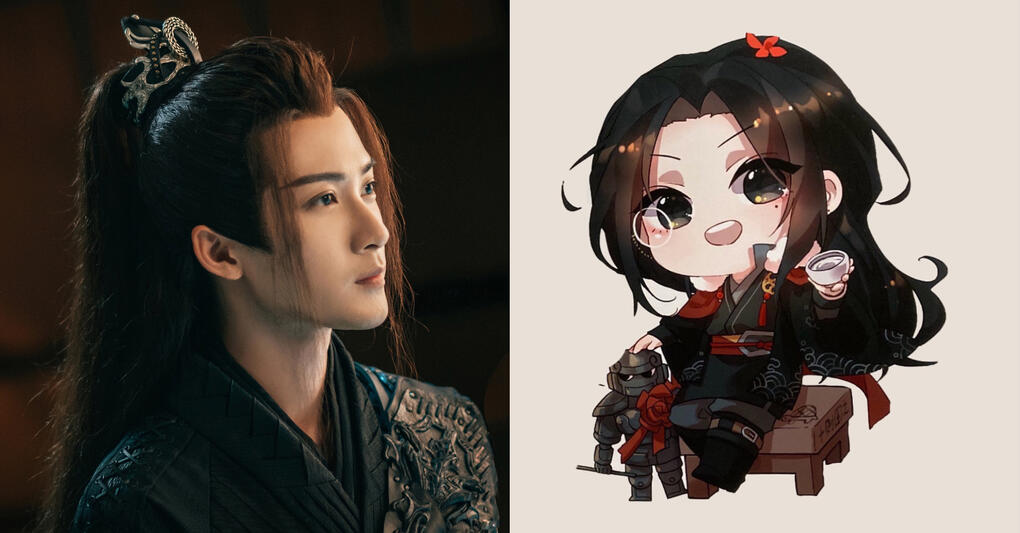 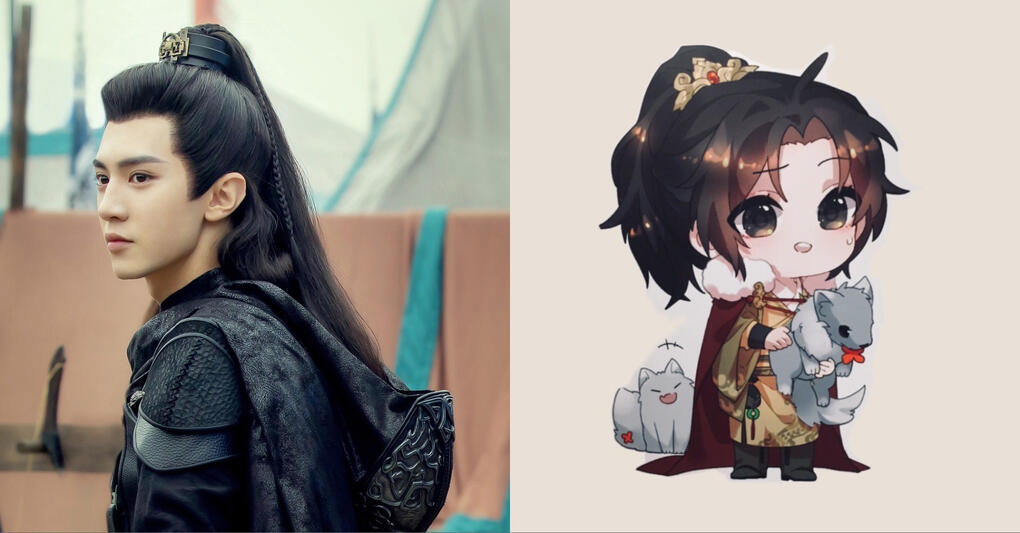 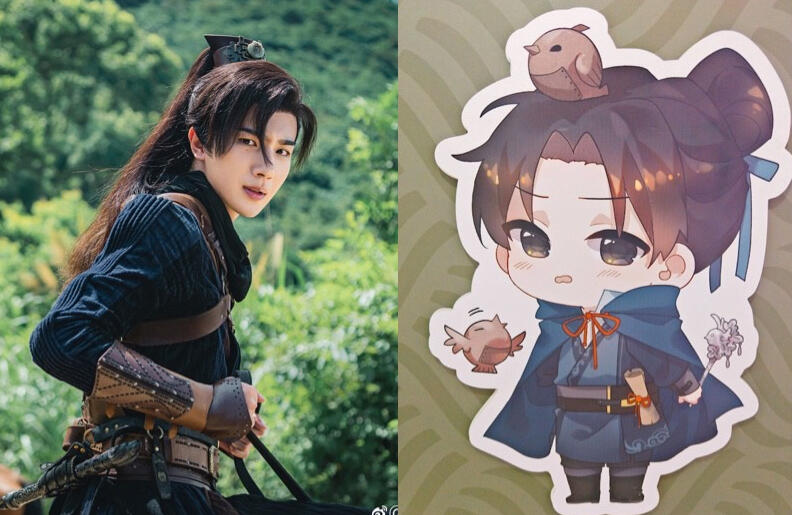 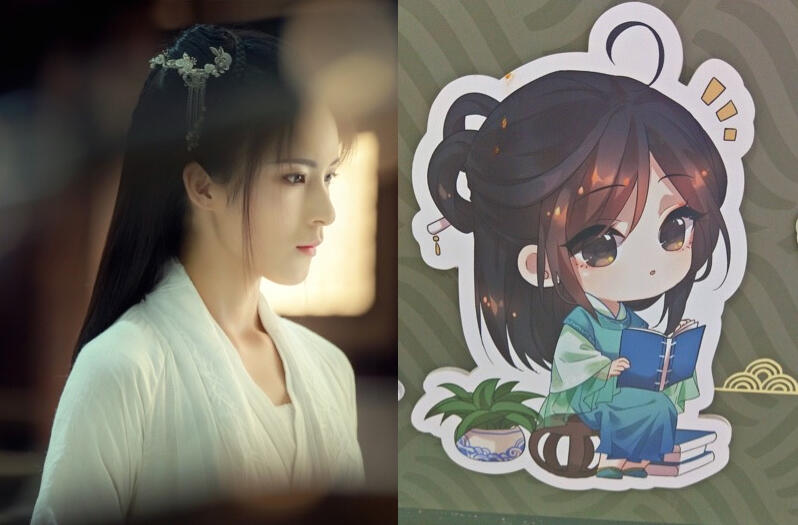 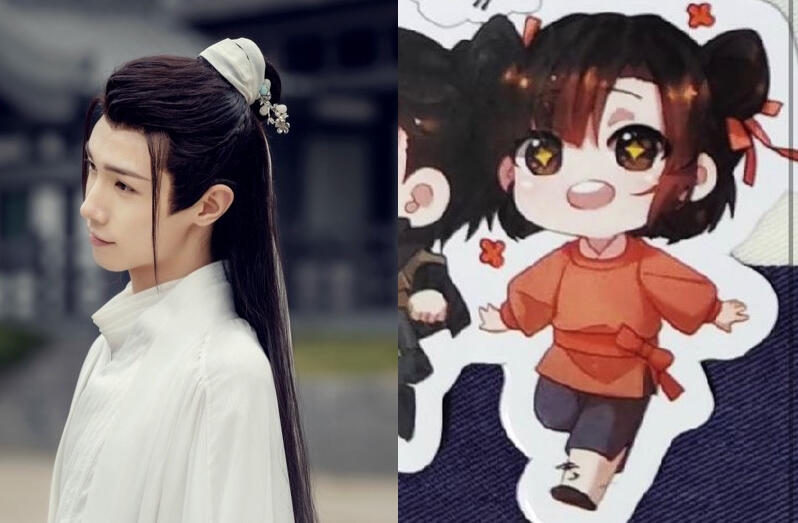 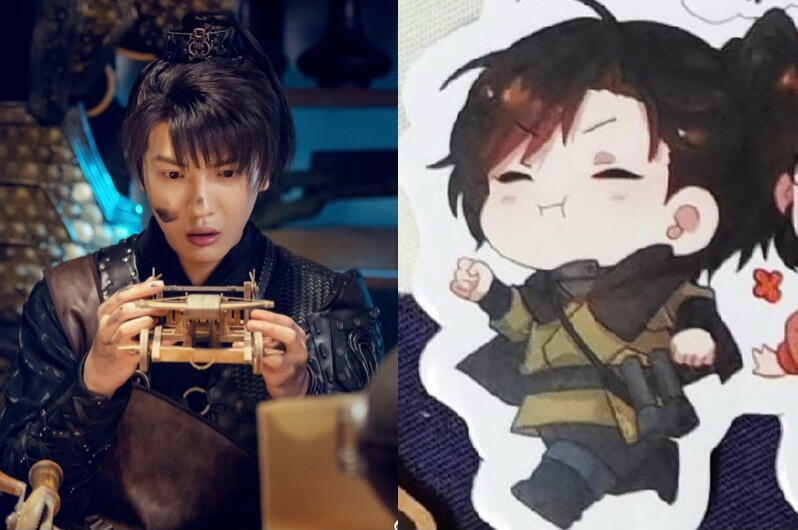 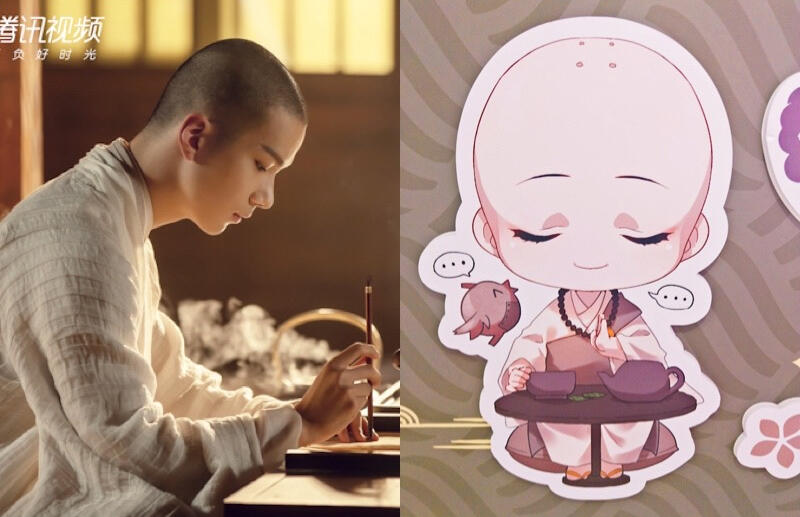 ͏
MINOR CHARACTERS͏[either only mentioned, or with very brief appearances, but who are related to or important to the main characters]͏

WARNINGS:1. Brief Child Abuse mentions:
reference to abuse, violence, and multiple murderous attempts from Cheng Geng’s aunt and Gu Yun’s father during their respective childhoods.(chapter 6, chapter 30, chapter 48, chapter 54)Implied Ritual Killing of an Infant: Chapter 70, not graphic2. Explosions in fuel stores, or as results of bombing3. Disrespect for Religions: Inadequate respect for the Buddha by one character, disrespect to monks, the narrative is also not kind to the Pope or Certain Buddhist Monks4. Needles: frequent use of needles for accupuncture5. Ableism: Casual ableism directed at deaf and blind main character.6. Self Harm: by Chang Geng to prevent getting overwhelmed by his curse, or due to his curse(chapter 26, referenced in chapter 27, chapter 35, implied in chapter 104, 105)7. Referenced/Implied cannibalism: in the form of an old legend (chapter 70)8. Hallucinations: of massacres as a part of Chang Geng’s curse.9. Suicide mention: in the form Gu Yun’s father telling him to (chapter 31), and as a part of Chang Geng’s curse (chapter 25). Suicide soldiers.On page suicide by villainous character in chapter 6, and off-page suicide in chapter 36.Suicide soldiers and suicide bombing mentions, including on page in chapter 73, referenced in chapter 75.Main character mentioning potentially suicidal thoughts in his past in chapter 67.10. Racism: on the part of westerners and In attitudes against "barbarians"11. Violence: Primarily in the prologue and in early chapters of book 3 due to war.12: Torture: (chapter 45, chapter 69)13. Fatphobic comment about supporting character in chapter 114. Conflicts of varying degrees with neighbouring countries (Japan and northern barbarian tribes, smaller western kingdoms such as Loulan and Kucha), as well major conflict with Europeans.

Other Common Concerns— Does it really have complicated politics or economics?Not really. Most novels are divided into arcs, and those arcs contain different mysteries or conflicts that need to be solved, SPL is the same. Each arc is pretty self contained and a satisfying puzzle to solve with the characters, and each arc gives us character development andrelationship development. So the only difference from other novels is that the setting is an imperial court or a battlefield. Structurally, it’s no different from any other novel in this respect. Priest throws in comedy and badass moments and romance as she walks you through these issues and you work it out the same time the characters do, thanks to build up and foreshadowing and proper explanations/discussions about what’s happening.—Should I worry about Yifu being romantic coded?I don’t think so. No one’s forcing you to read it the idea bothers you, but I can promise when the relationship begins, it is between two consenting adults in their twenties who have equal power and standing and their own independent support systems or allies, and who have spent a lot of time together as adults after growing up separately into their own person. It is a slow burn after all. And the arrangement to be “Yifu” was for a limited duration during which they did not even meet or communicate anyway. 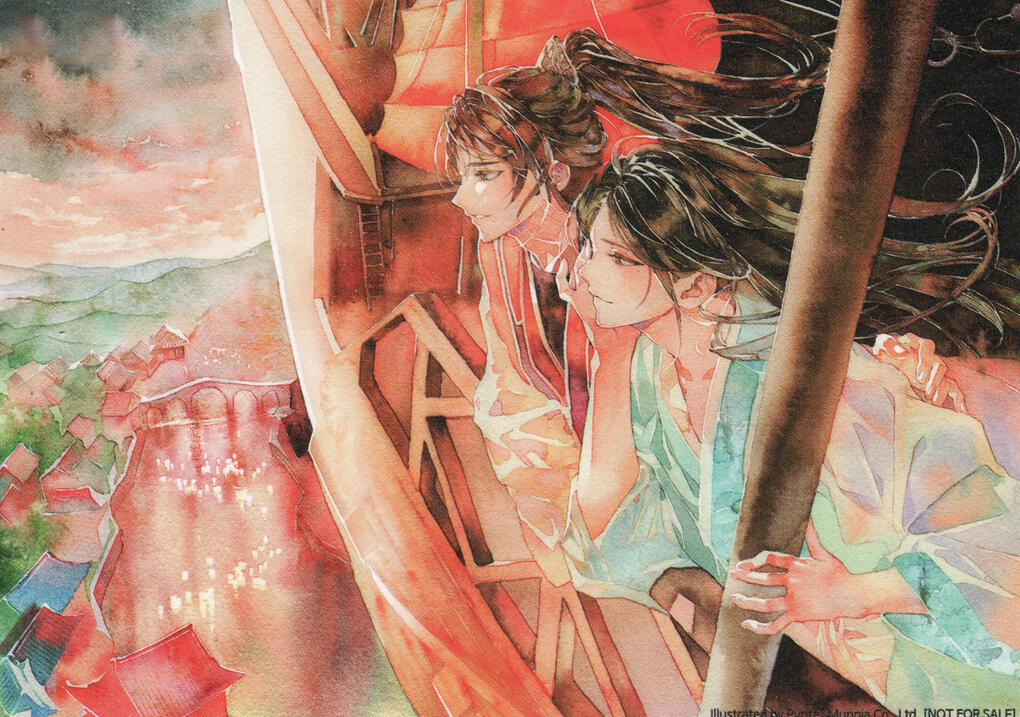